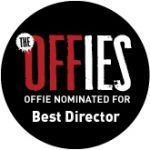 ★★★★★ West End Wilma
“This stage adaptation of Benighted is a thundering success… has truly set the bar for the inevitable reinventions to come in the future. A real spooky treat.”​

The Stage (Natasha Tripney)
“Entertaining, atmospheric and at times genuinely affecting adaptation of an early work by JB Priestley.”

Exeunt Magazine
“Directed expertly by Stephen Whitson… a tardis of a production, much bigger than first appearances might suggest. The stage gives rise to a potent mix of philosophical musings and a bit of simple, raucous fun.”

★★★★ Everything Theatre
“Excellent. Perfect for those who want to be transported back in time. You will be kept on the edge of your seat.”​